Skip to content
News:
Coordinator of the project Zhanar Medeubaeva made a presentation during the Summer Online School «Immigration and Transnationalism: EU Experience» of the Uzhgorod National University (Ukraine)
An international scientific webinar on the topic “Central Asia and the European Union: New Horizons of Interaction”.
Online discussion “In memory of the victims of totalitarianism – building new bridges between Europe and Kazakhstan” 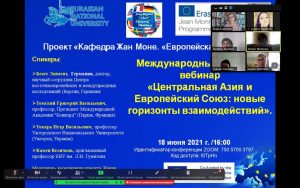 On June 18 2021 the project team “Jean Monnet Chair. European Diplomacy” held  an international scientific webinar on the topic “Central Asia and the European Union: New Horizons of Interaction”. The purpose of this event was to discuss relevant  issues and prospects for multifaceted relations between the CAR  and the EU. 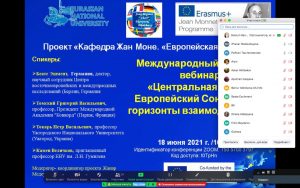 The webinar was attended by students of the bachelor’s, master’s and doctoral levels of the universities of Nur-Sultan, teachers, researchers of the republican scientific and educational centers.

During the webinar, researchers, professors from Germany, France, Bulgaria and Ukraine shared their thoughts on the topic.

Beate  Eschment, Doctor, Research Fellow at the Center for Eastern European and International Studies (Berlin, Germany) made a presentation on the theme: “The State of Central Asian Studies in Germany: Shrinking Research with a Growing Region”. 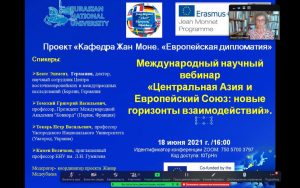 The historical and cultural roots of ties between Europe and Central Asia and the Attila Phenomenon were the subject of the speech by Professor Grigory Tomsky, President of the International Academy “Concorde” (Paris, France). 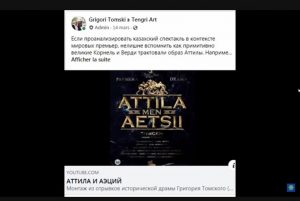 Petr Tokar, Professor of Uzhgorod National University (Uzhgorod, Ukraine) dedicated his presentation to the factors of cultural and humanitarian cooperation between Ukraine and Kazakhstan. 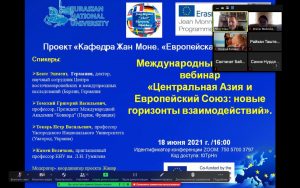 In the report of Kamen Velichkov, a visiting professor of  the L.N. Gumilyov ENU, the state of regionalism in Central Asia and the role of the EU in its formation were analyzed.

Extensive comments on the issues were made by Erkin Baidarov, a leading researcher of the R.B. Suleimenov Institute of Oriental Studies of the Science Committee of the Ministry of Education and Science of the Republic of Kazakhstan, which emphasized the relevance and importance of European topics for Kazakhstan and the CAR.

According to the participants of the webinar, there was an exchange of views on relevant issues and prospects for cooperation between the CAR and the EU. 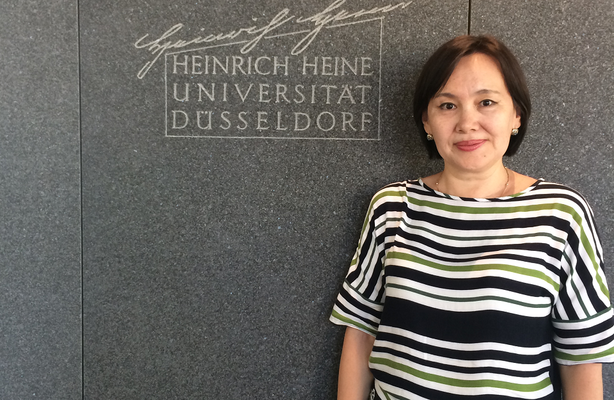 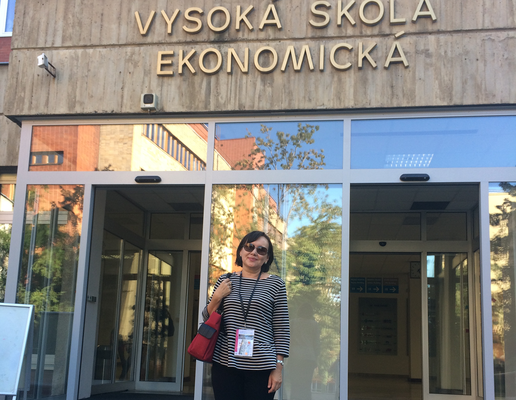 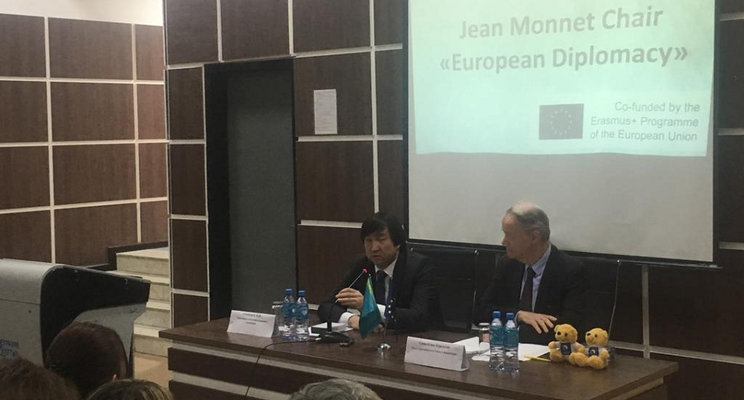 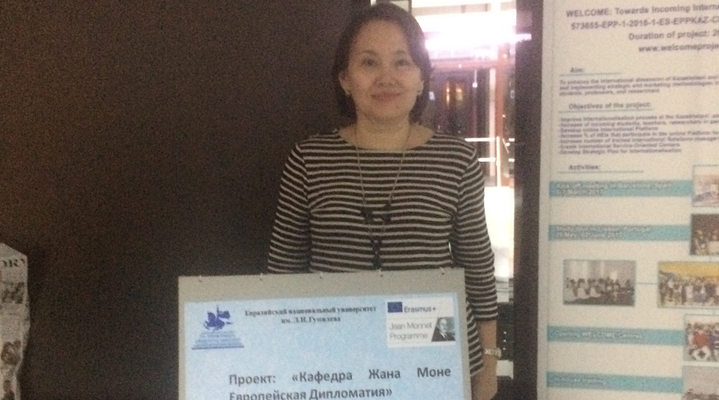 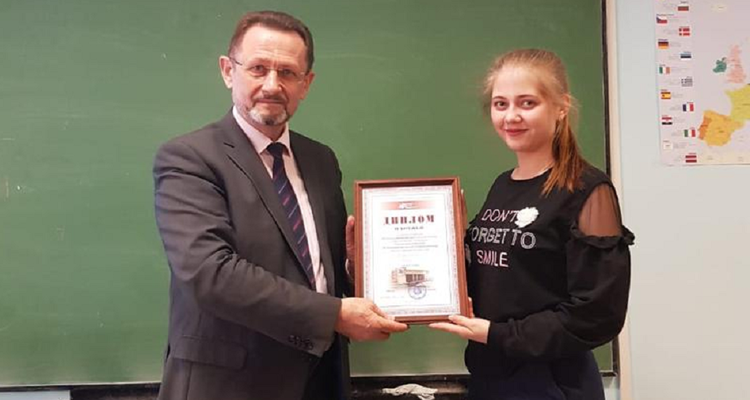